Ready for Shred Wars (via) 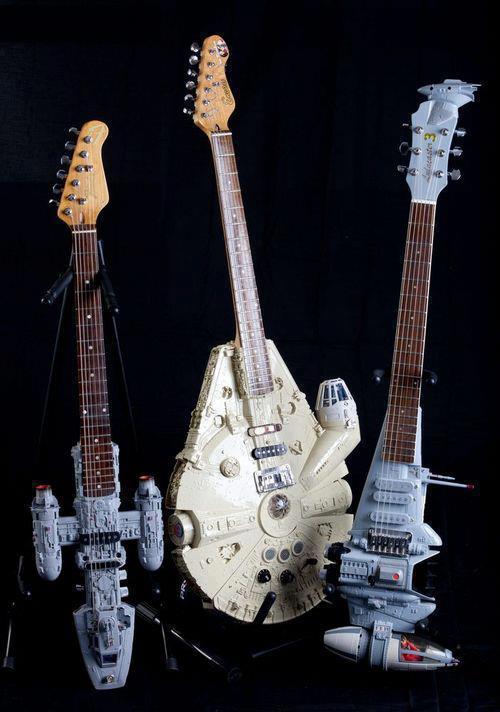 I still wanna see the Death Star guitar ! Meanwhile, you can read the story of these guitares made by a star wars fan here. 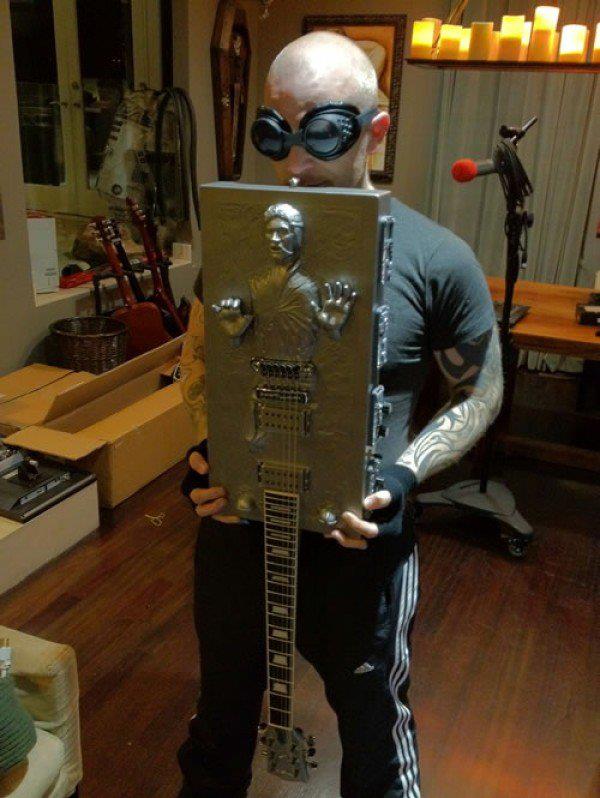 The Best Guitar (Han) Solo Ever !!

This one is quite old now, I know. I wanna say it’s a win but to say so I’d absolutely have to shut down the speakers… Sounds more like a Millenium Failcon !! And what’s with R2-D2 headstock? According to the scale, R2-D2 is probably 30 feet...

May the Fail Be With You