Les Paul bodyshape with Firebird headstock signed and played by Joe Bonamassa ? Haters gonna hate ! Gibson Custom has partnered with blues rock guitarist Joe Bonamassa to release a limited edition of 100 Bonabyrd guitars, which merge the body of a 1950s Les Paul with... 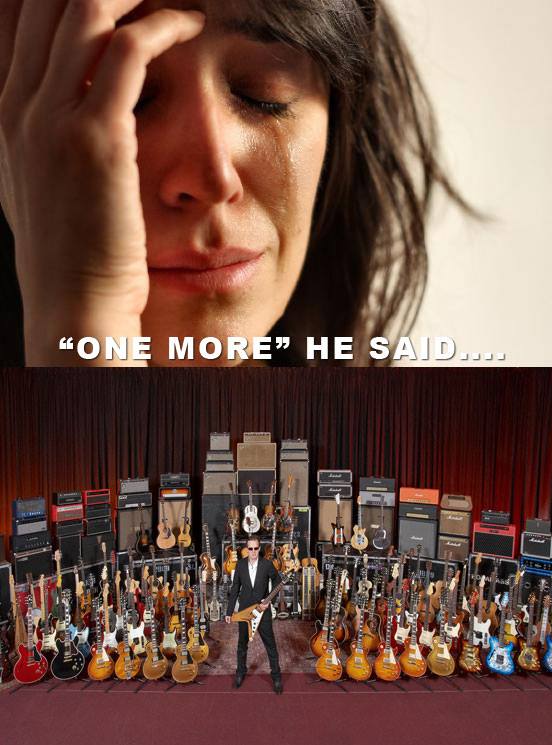 Every guitarist knows that the right number of guitars they should own is always one more ! Unfortunately, most spouses don’t know that beforehand. They will only realize it when it’s too late.