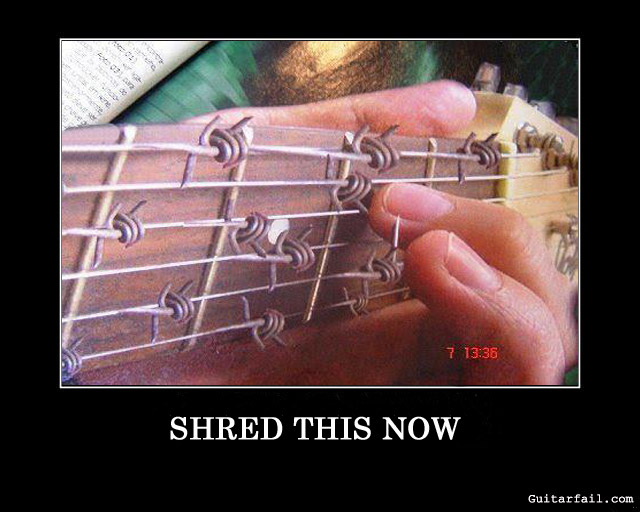 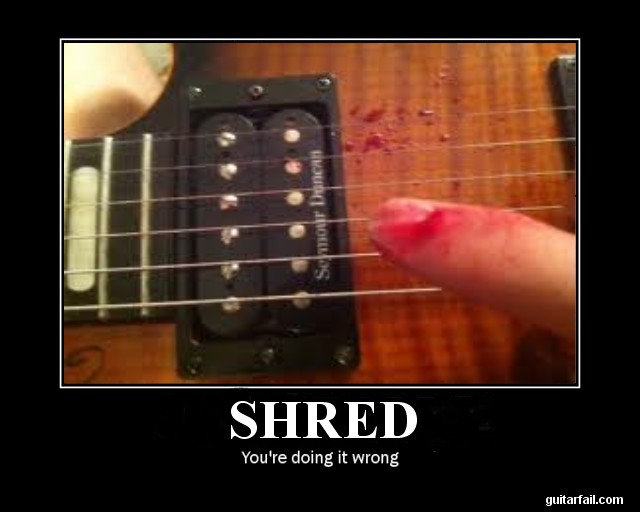 Ouch ! Shredding a finger that way with guitar strings hurts like a bitch ! 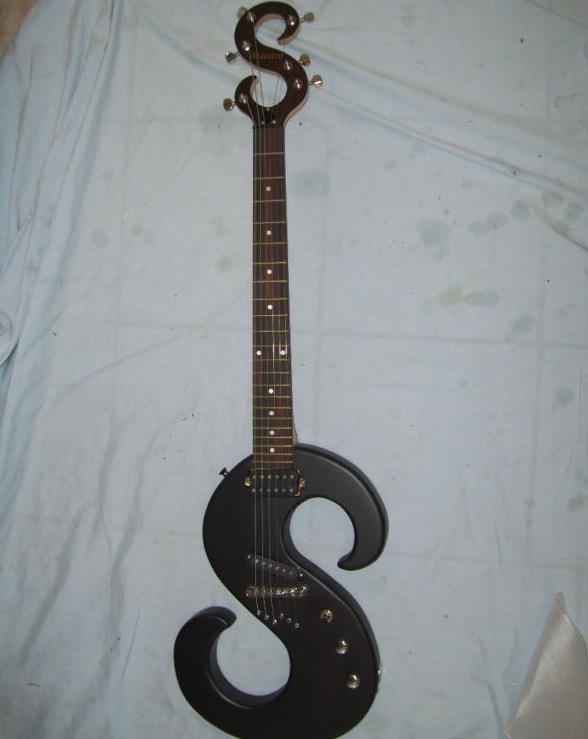 Not shred… Shrek! This guitar was on ebay… Not much information about it though.

At Guitar Fail, we have much respect for inventors but damn this Shred-O-Meter ! It sounds like a Geiger counter than a metronome which it is supposed to be ! That it is either scary or hilarious… You choose...