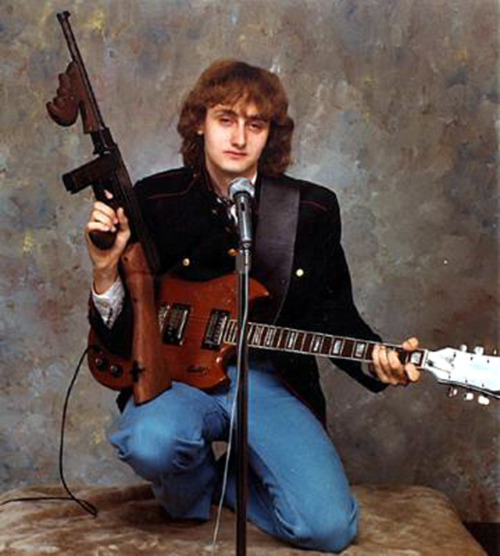 Please choose your weapon just to avoid such a terrible photo !

What a Waste of Good Guitar Parts !

Looks like this guy took the phrase ‘rock and roll’ to a whole new level ! A 54-year-old man in Sweden was found to be hoarding an arsenal of unlicensed firearms at his home, according to police. Among his arsenal, the police discovered a guitar that had...