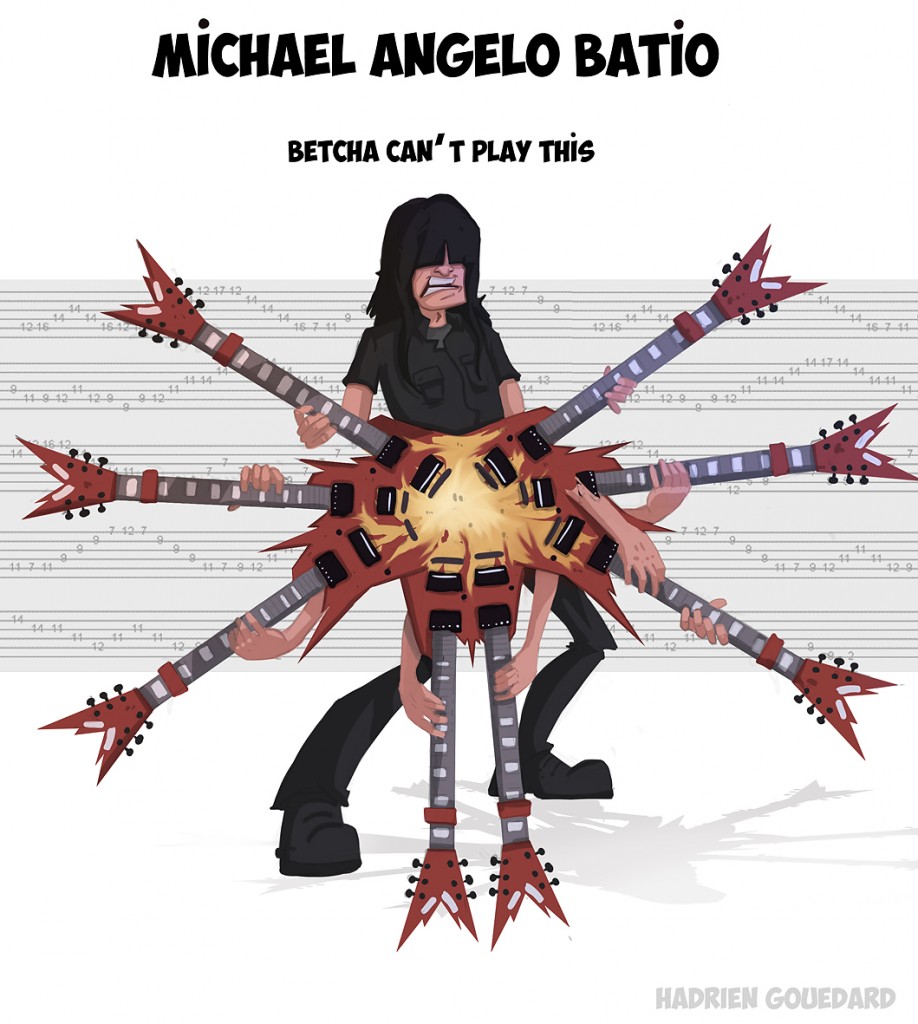 Hadrien from obeyurnapster blog released another guitarry cartoon featuring Michael Angelo Batio (he was the cartoonist behind the John Petrucci cartoon)… Hilarious ! Message for scientists : can you find a way to clone arms ? Just arms so we can finally play... 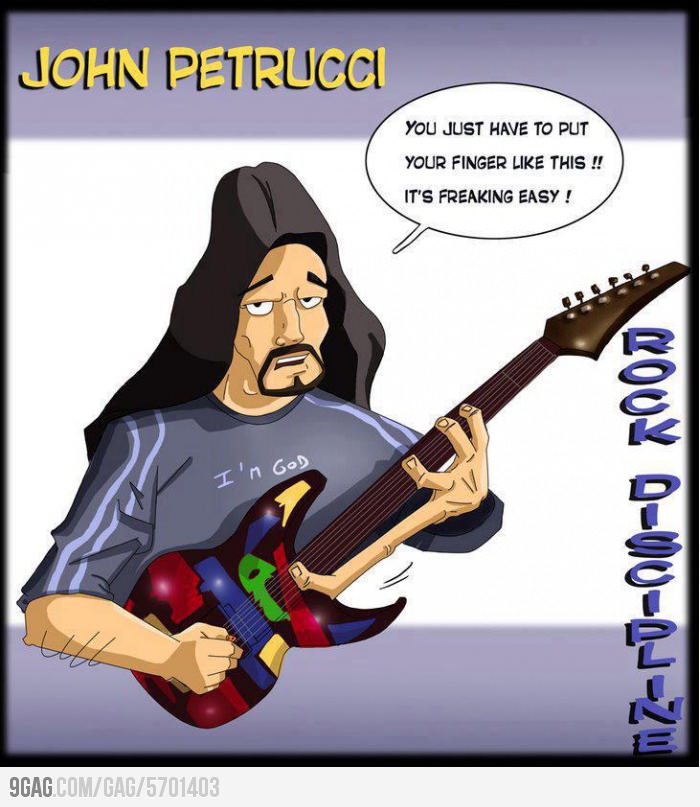 Just Put Your Finger Like This… It’s Freaking Easy

I liked this cartoon… If John Petrucci says so, then it must be freaking easy !! Now where is my fingers stretcher or maybe I’ll need some ViagrAxe – 100 Mg Slidenariffium ??