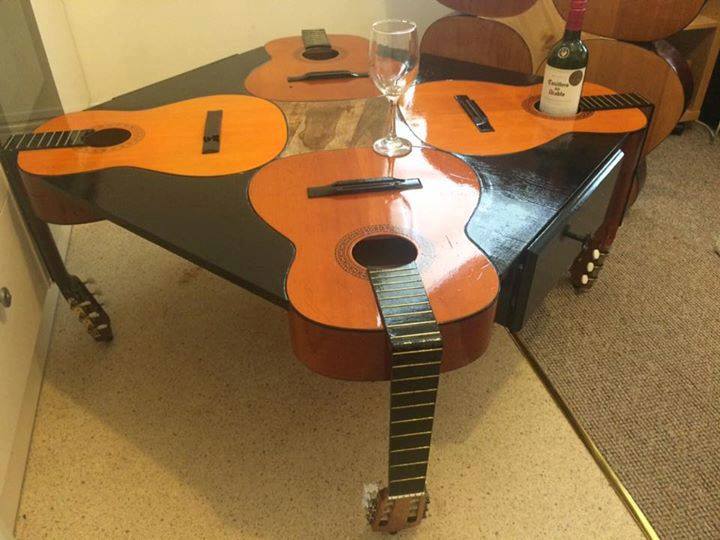 Waste of 4 guitars or very stylish and handy piece of furniture ? I dunno ! I think I could enjoy such a guitar table at my place… Source

You Never Know When You’ll Need a Beer…

… hence this clever DIY bottle-opener guitar ! Just because you may want a fresh beer at band rehearsal or at a gig ! Who doesn’t like a cold beer after a long rehearsing session or after a wild performance ? There is a long tradition of musicians and beer... 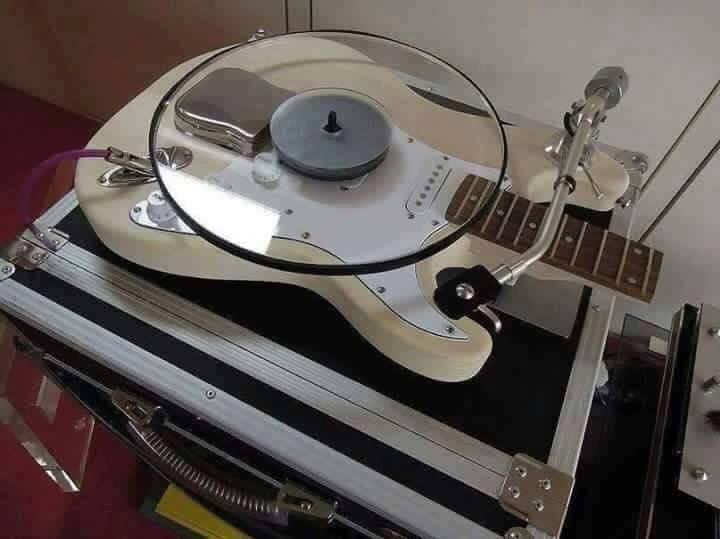 Nice conversion but still a big NOOOOO ! We like ’em guitars with full necks !

How to Start a Fire with a Guitar Pick ?

I didn’t know that cellulose was that flammable ! From now on I’ll always have a few guitar picks in my pocket… Oh wait ! I already always carry guitar picks with me. Good ! Now, not only I’m always set to play any guitar in the vicinity but... 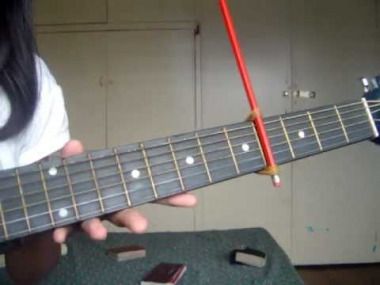 Clever but I’m not sure it will do the trick ! 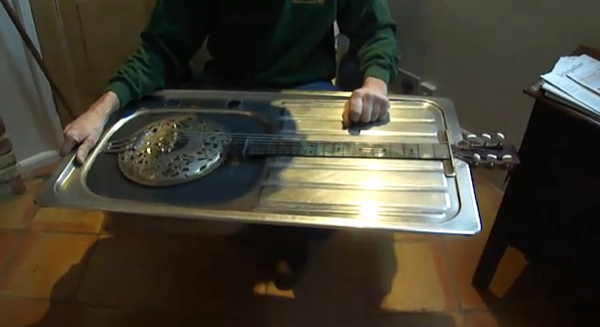 YouTuber Pete Towers made this kitchen sink lap steel guitar using found materials, including a metal kitchen sink and a Dobro resonator. Though it sounds rather good, as you can hear in the video of the kitchen sink guitar, it doesn’t look like the most...
Page 1 of 41234»